Gender bias is a subject many companies may now be aware of but not necessarily focused on. The indications of this misconception may not even be obvious and even be driven by the subconscious. Because of this, it is important to introspect and allow for dialogue to pinpoint existing and potential areas for improvement in handling gender bias. In this conversation, Jenny Fuss shares some real-life situations of gender bias in organizations and the action steps to take as leaders to help fight against this erroneous perception.

Jenny and her leadership team are spearheading a global financial shared service organization with a focus on driving standardization, centralization, and automation. All their programs are embedded in a Digital Transformation playbook. Some areas to be successful are already clear, and some areas they still need to play and find out. However, one element they never lose is people’s development and culture. Leading a 1,200 + organization as well as being an influential department, Inclusion & Diversity and its action are daily must-dos to create the work environment we all enjoy working, feel belonging and thrive for better results.

“Women’s performance is typically underestimated, and men’s are typically overestimated. And as a result of that, women have to show up more to be rated equally confident.” – Jenny Fuss

Highlights from the Episode

Why is there a need to talk about gender bias even in today’s world?

Women represent half of the world’s population. However, having an equal population does not mean equality is reached. There is interference by gender bias happening consciously and unconsciously in situations such as hiring, promotion, or even day-to-day interactions.

In a performance evaluation, women’s performance is typically underestimated while men’s is typically overestimated. This results in the need for women to show up more to be rated equally confident. Establishing clarity on the desired attribute of employees is important. Without this, evaluators may make room for personal preference and personal gender bias. To target this, asking questions can help people think through their justification.

Can you tell us about some workplace situations that highlight gender bias?

An example of this is the observation of how female candidates were deemed unlikable when talking about strengths and accomplishments during the interview, and female employees were described as overly ambitious asking for a promotion. This is the impact based on the expectations for men versus women, with women appearing to be selfless and giving by nature while men are seen as driven and ambitious.

What strategies do you recommend to combat gender bias?

First, we must be aware that everyone is subject to gender bias and that we must enable ourselves to react accordingly upon observation of gender bias. Second, find potential areas where gender bias may happen and be ready to advocate for the person affected by asking questions to make people think more thoroughly. Stick with the facts. Lastly, advocate policies and generate ground rules to improve the processes in the organization and ensure anti-bias measures.

How are you and your organization adapting to the current economic downturn?

Our company doubled down on participation and asked for feedback in tackling bias. This is done by having equal representation in the conversation. The plan is to continue the dialogue with co-workers and smaller group settings through a variety of approaches.

Is there a book, blog, newsletter, website, or video that you would recommend to our listeners? 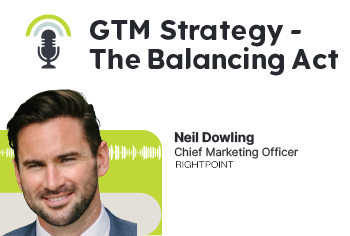 Insights From an Unconventional Business Leader