Being a B2B CMO today can really suck. No wonder a survey by Sitecore revealed that 49% of CMOs thought about quitting their jobs last year. Realizing that a huge part of the problem was the ever-growing but self-imposed complexity of B2B marketing, I went on a personal quest to radically simplify the process for building these brands. So, after 450 CMO interviews and 4 years of torture testing, I’m thrilled to share my new book, Renegade Marketing: 12 Steps to Building Unbeatable B2B Brands. Framing the 12 steps are the 4 traits all successful marketers have in common. These are the cool CATS of marketing, C.A.T.S. being an acronym for Courageous, Artful, Thoughtful and Scientific and you’ll meet dozens of them in the book. First up is David Friend, the founder of 6 companies including Carbonite, who you’ll meet in Chapter 1, reprinted with my permission below. Enjoy!

Chapter 1: Clear Away the Clutter

Summary: Marketing has become way more complicated but rarely more effective. Be the Marie Kondo of marketing. Simplicity and focus are your new besties. Wasabi. A Japanese root that makes horseradish seem tame. Goes well with sushi and sashimi. A word that some of you may remember as “Waaasaabeee” from the 1999 Budweiser ads. Wasabi. Just six letters. But, with apologies to Emeril, oh, the bam!

In January 2017, two entrepreneurs gathered in a small office in Boston. They had the kind of conversation the head of marketing, Michael Welts, had come to expect from his boss, David Friend. It wasn’t planned. David had just wandered in and noticed Michael putting words up on a whiteboard. That’s Michael’s thing. He loves thinking problems through using whiteboards. And David loves the creative part of entrepreneurship.

By then, David Friend had already co-founded five companies, all of which had successful exits. In other words, they had been sold or gone public, and David had made a lot of money, so much that he could start companies without an official brand name, without outside funding. One of the companies David co-founded was Carbonite, now a publicly traded billion-dollar entity but once just an idea sparked by a couple of accidents back in 2005.

The accidents were not uncommon or life-threatening. Just annoying. First, Friend’s daughter’s computer crashed and took with it a just-completed term paper, threatening her ability to graduate. Then, Jeff Flowers, Friend’s co-founding partner in all five of their earlier companies, had a similar experience when his wife’s computer died, destroying their baby pictures. For the two families, these computer accidents were painful. For Friend and Flowers, they were also an inspiration. Why wasn’t there an easy way for their family members to back up files? In that moment, the simple idea for Carbonite was born with two words: “easy backup.” With the idea in hand, the next challenge for Friend and his co-founders was finding a name.

Friend hates fabricated names. And names with misspellings. And boring names. And names that have the word “tech” in them. And long names. Trying to name a company with Friend is like finding a needle in a stack of needles on a bed of quicksand. The exercise is not AI based. It’s not outsourced. It’s pure gut with a large dose of caffeine to pick through thousands of options. This approach yielded “Carbonite” in 2006. Easy to spell. Easy to remember. A name that is rock solid. A name with real meaning that evokes a sense of impenetrable security. So, not surprisingly, eleven years later, Friend was eager to take this approach with Michael Welts. Back to the whiteboard. Welts had penned out a couple of hundred names. And this was the short list.

They had reviewed more than a thousand together. Then on that winter day in 2017, they stumbled across the word “wasabi.” Bam! Time stopped. Well, not literally, but Welts does recall it as “a magical moment I’ll never forget.” Both Friend and Welts knew this was the name. Short. Memorable. Distinctive. And spicy. The perfect name for the “hot cloud storage” company they were looking to build.

Backing up a bit, David Friend and his co-founder Jeff Flowers had already made the audacious decision to go after Amazon Web Services (AWS). What gave them the courage? A fundamental belief that they could disrupt the cloud storage market with a clear and profoundly simple value proposition: their service would be one-fifth the cost and six times faster than AWS. No tech-speak. Just plain English. Mix in a provocative name, and you have the recipe for another billion-dollar success story.

In his spare time, David Friend teaches an entrepreneurship class. His first assignment to students with a business idea? Write the billboard copy to describe your company. Get the company promise down to eight words or less. If a student can’t do this, if they can’t explain the company in a few words that even their grandmothers could understand, Friend tells them to ditch the idea and start again. Keep it simple.

David Friend is one of my heroes. When it comes to CEOs, Friend is a renegade. He is the rare CEO who truly understands the power of a big idea and how a simple, yet profound brand story can be baked into the product from the beginning. He freely admits he is not an operations guy. He’s the visionary who leaves the day-to-day management to others with that skill set. He uses the complexity of today’s world to his advantage, never losing his focus on the big picture. For starters, he clears away the clutter.

Oy, the clutter! And I’m not just speaking about the cacophony of messages your brand is hoping to cut through. We’ll get to that. For now, let’s focus on your brain and all the wondrous ideas you have this very second. Ideas rich with promise. Ideas accumulated from years of stimuli. Ideas that are undoubtedly translating into action items for yourself and perhaps your business associates. If you’re like most marketers, your cranium, like your bedroom closet, is crammed with stuff. Way too much stuff.

In his insight-rich book, Quantum Marketing, Mastercard CMO Raja Rajamannar lists twenty-one skills that he thinks CMOs will need to master to be successful. Twenty-one! The fifth of these is the mastery of all the latest “data and digital technologies, as these are the two primary engines that will supercharge marketing into the future.” While I can’t take issue with the importance of data-driven marketing to all CMOs, I can point out that the increased use of marketing technology (MarTech) is adding to the clutter and complexity without always adding to the bottom line, and we have the research to prove it.

To uncover the truth about the marketer’s plight, my company conducted its own research among senior marketers in 2019 and then again in 2020 after the COVID-19 pandemic had begun. The findings were rather startling. First off, 85 percent of the 2020 respondents reported that marketing had become more complicated in the last twelve to twenty-four months. The four biggest culprits? Finding alternatives to in-person events (82 percent), more target audiences (61 percent), more data to sift through (52 percent), and more marketing technology to integrate (49 percent). Interestingly, except for the pandemic- caused need for finding in-person event alternatives, these top drivers of complexity were the same in 2019 and 2020. Importantly, this increase in complexity did not correlate to an increase in effectiveness. These findings alone justify this book. But there’s more.

While 70 percent of these CMOs believed their company offers unique products or services, only 38 percent thought their current marketing was substantially different from their competition’s. Wait, what? In a nutshell, more than 60 percent of these CMOs were admitting to not fulfilling a fundamental marketer mission: differentiate their brand from the competition. Mind-boggling, right? It seems that marketers have become so caught up in the automation of their messages, creating mountains of content, that they’ve forgotten the foremost marketing imperative—to cut through.

Our research points to other issues related to clutter and complexity. Only 41 percent of the two-hundred-plus CMOs we surveyed could articulate their brand story in eight words or less. Obviously, these folks were never students of David Friend’s. If these CMOs couldn’t simplify their brand story down to its barest essence, how could they expect their prospects to be able to remember their brand during an increasingly long purchase cycle? Without a simple story to tell, it is not surprising that just over half of these CMOs report having consistent messages across all communications channels. Consistency, as we will cover in detail later, matters more than ever.

And while 90 percent of the marketers we surveyed believed that employee communications were important to the success of new marketing campaigns, only 9 percent allowed more than two months for these activities. The anecdotal explanation I often hear in my interviews is “Sure, I know we should educate and train employees when we are launching new messaging to the outside world, but we just run out of time.” The pattern we’re seeing here should be clear enough—most marketers know what they need to do, but they can’t quite find the time to do it all as well as they’d like. In other words, their work plates are crowded. They’re working harder but not more effectively. They’re distracted. There’s too much darn clutter.

What these results scream is “Help!” Marketers need help getting aligned with their CEO. Help with setting priorities. Help with crafting differentiated brand strategies. Help with creating marketing campaigns that deliver revenue and build the brand. Help with avoiding the peanut-butter effect and spreading themselves thinly across all possible tasks. In sum, help with clearing away the clutter. We can do this, my fellow renegades. Out with complexity. In with focus. Renegade Marketing: 12 Steps to Building Unbeatable B2B Brands is available in paperback, ebook and audiobook.

Check out DBTV, featuring a variety of shows, ranging from thought leadership programming to profiles in customer success. This is your one-stop on-demand streaming hub for all the latest in B2B Go-To-Market. How to Use Sales Intelligence Technology to Increase Sales Pipeline 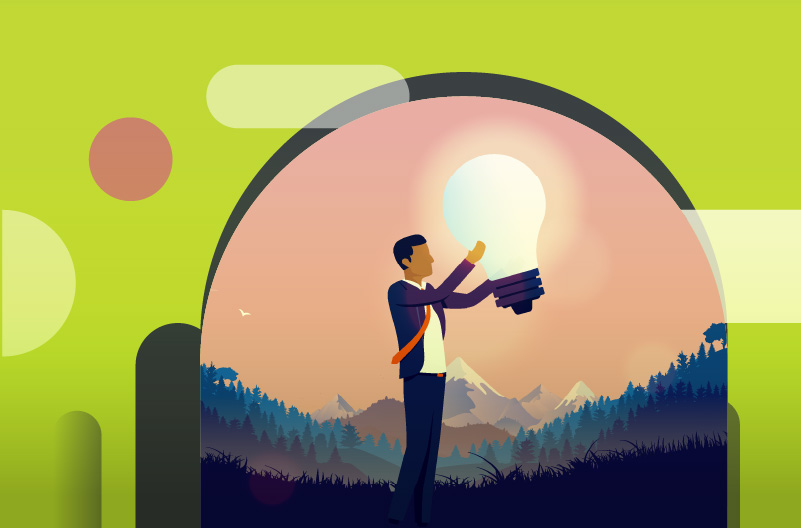 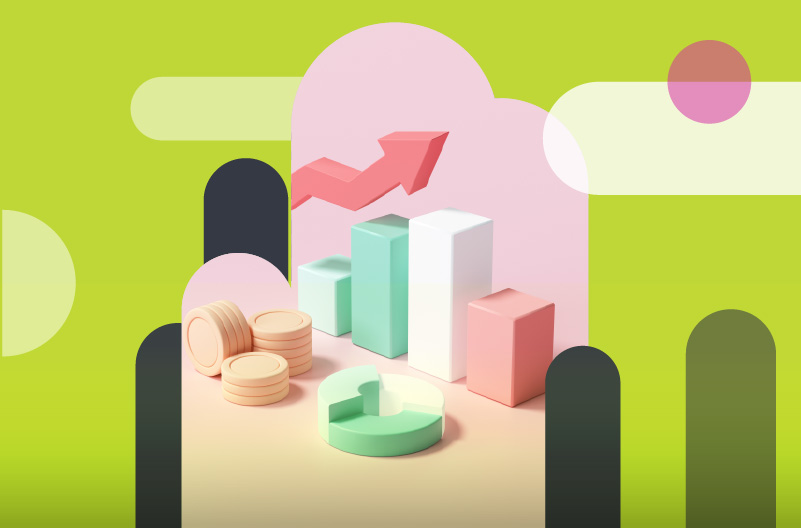 Creating Your Brand on a Foundation of Trust 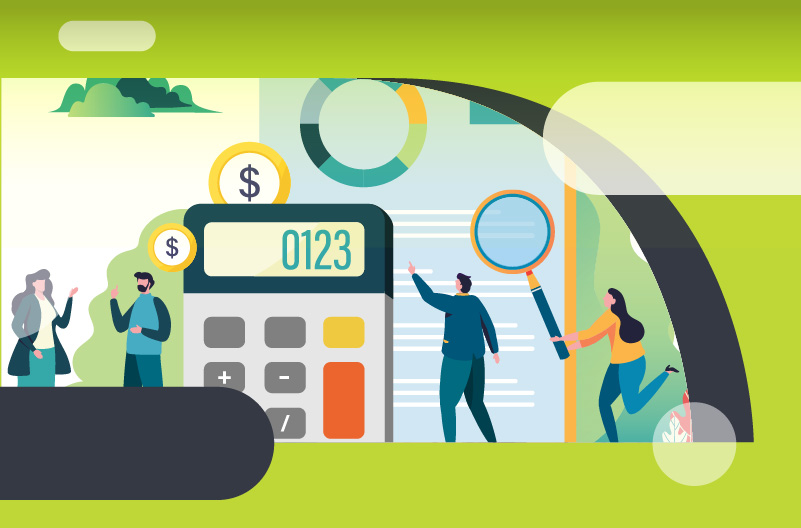 How to ABM Like a Boss (Part 1): Build a Budget